Hannes Malte Mahler (1968–2016) was an artist who lived and worked in Hanover. He graduated from the Braunschweig University of Art as master student of Marina Abramović. His oeuvre includes drawings, paintings, illustrations, sculptures, installations, performances and photography. As a workaholic bon vivant, he merged art and life into an indivisible unit. Mahler’s backyard studio was a meeting point and a flourishing asset for Hanover’s art scene.

Hannes Malte Mahler was born on 10 June 1968 in Hanover. As the son of a writing teacher mother and painting lawyer father, he sketched and drew incessantly from an early age, filling school and sketchbooks with illustrations. Despite this, after finishing school he started reading economics and then law in Berlin, both for a few terms. His obsession with art remained undiminished. Back in Hanover, he presented his first exhibition in 1992 and, after his community service as a paramedic, studied Fine Art in Braunschweig. In 1999, he graduated with distinction, and from then on called himself ironically a “certified artist”.
As master student for Marina Abramović, Hannes Malte Mahler honed his talent for performances, which were satirical, critical and often very entertaining. One such example is his glitterball shooting which invites the audience to shoot at a decorated Christmas tree with an air rifle, a performance the Sprengel Museum Hannover now hosts annually in his memory.
“Mahler is an acute observer of the so-called zeitgeist. He sees through all the fashions, habits and crazes of his era and dissects them with his vast humour through words and images.” (Michael Stoeber)
His imagination was boundless: From painting on bulky waste found on the road side or on aeroplane sick bags to drawings around cigar bands, from photography via sculptures and installations to digital drawing and video clips – no genre was off limits. He still drew continuously, including masses of illustrated letters and postcards for his large circle of friends, and “on demand” in live performances, interpreting his spectators’ wishes in most surprising ways.
In 2000, Mahler was awarded the annual scholarship by the State of Lower Saxony.
Later, he was employed as Head of Business Development at a marketing company, not least to financially support his growing number of children, and founded his own design and consultancy company feinkunst. From 2011, he worked as a freelance creative consultant and artist. Mahler’s design and marketing concepts always crossed over into art, such as his campaign “more museum” for the extension building of the Sprengel Museum Hannover. Together with sculptor Hartmut Stielow, he curated art events like “New Art in Old Gardens”. Exploring yet another “canvas” for his designs, he started producing t-shirts for his own fashion label Mahlerwear, claiming “it is art”.
Like the chameleon he chose as the logo for his Mahlerwear project, he remained adaptable in art as in life, filling diverse roles in a masterly way in various networks, closely binding people to himself and connecting them with one another. His backyard studio feinkunstraum was a hot spot not only for performances and exhibitions but also a meeting point for an astonishing variety of people interested in art and life.
He created over 1000 paintings and many thousands of photos and drawings. His pictures and performances were shown not only in Germany, but also in Italy, Sweden, the USA and Japan.
At the age of 48, Hannes Malte Mahler was run over by a tractor on 18 July 2016 while cycling on his racing bike.

Not long before his untimely death, Mahler described himself as follows:
“Protestant. Single. Five children. College. University. Started economics and law. Paramedic. Certified artist. Photographer. Hunter. Performer. Designer. Consultant. Painter and Draughtsman. This Mahler is a combination of three spheres: Art, design and marketing. These worlds are connected by drawing. Incessant drawing. Drawing is for fun, to gather my thoughts, and occasionally, to earn a little money.” 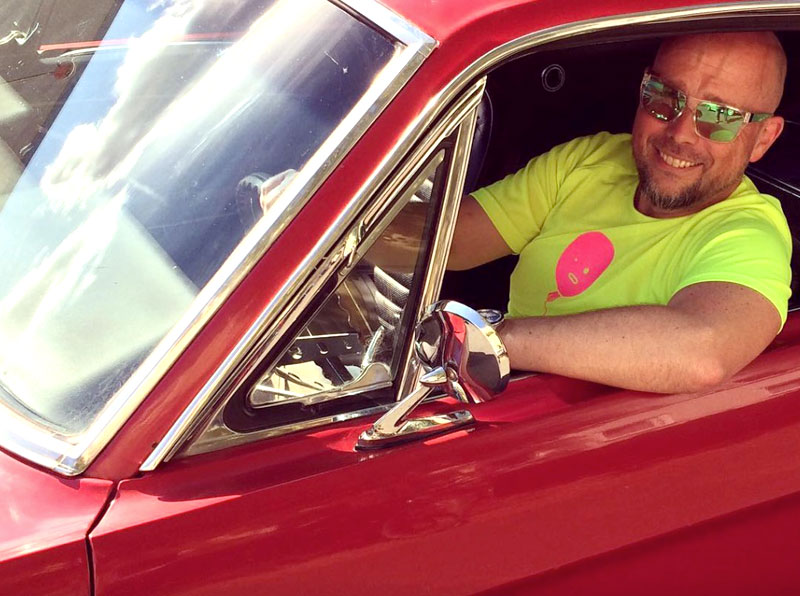 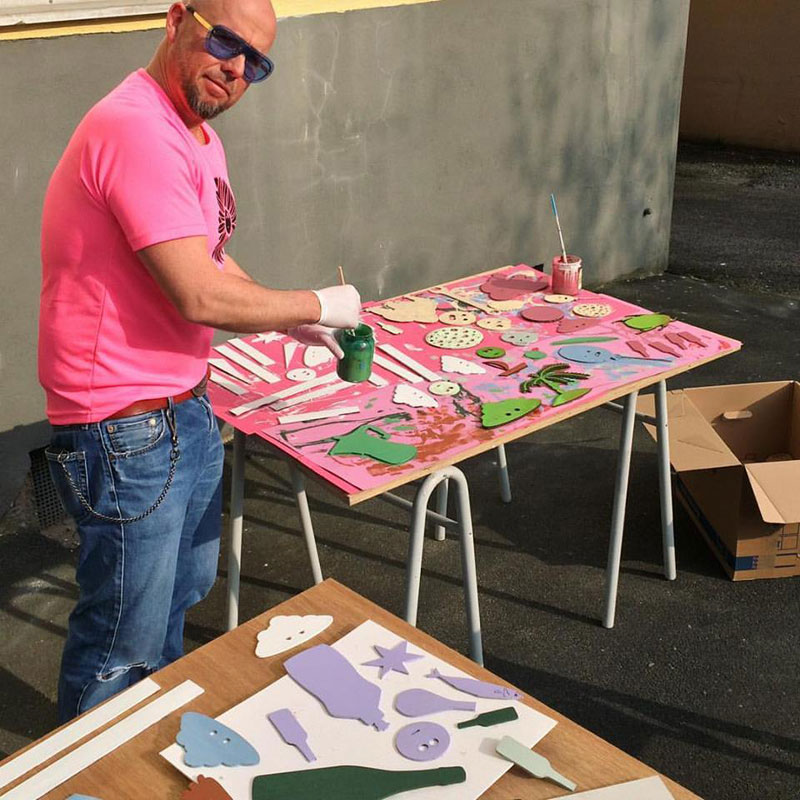 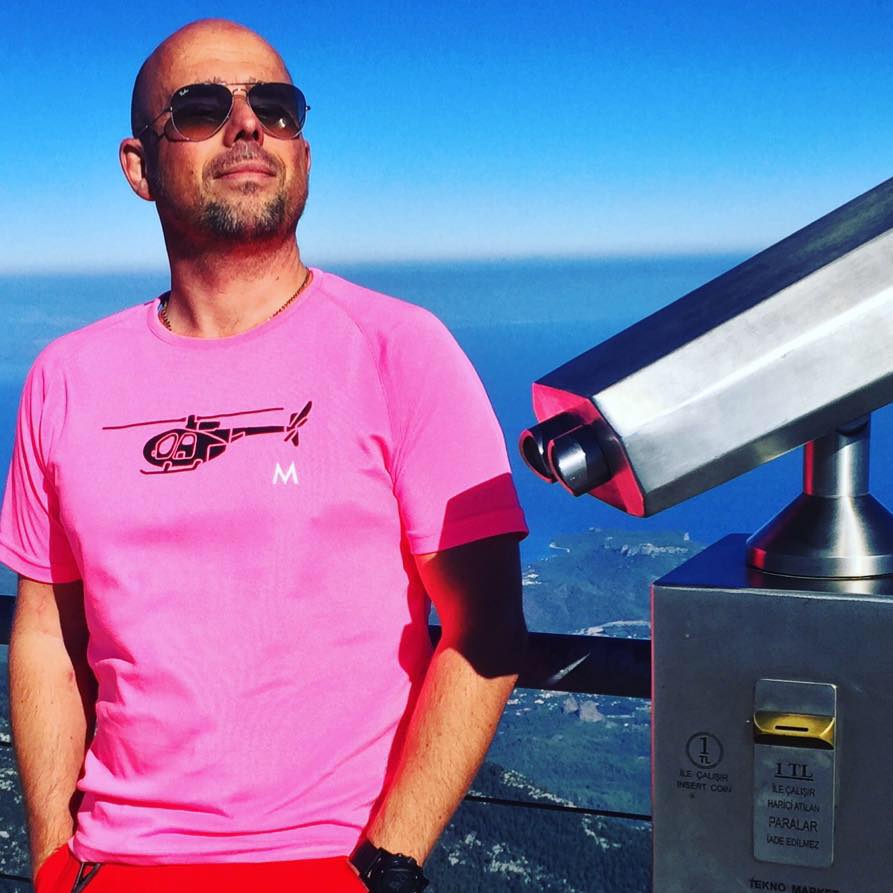 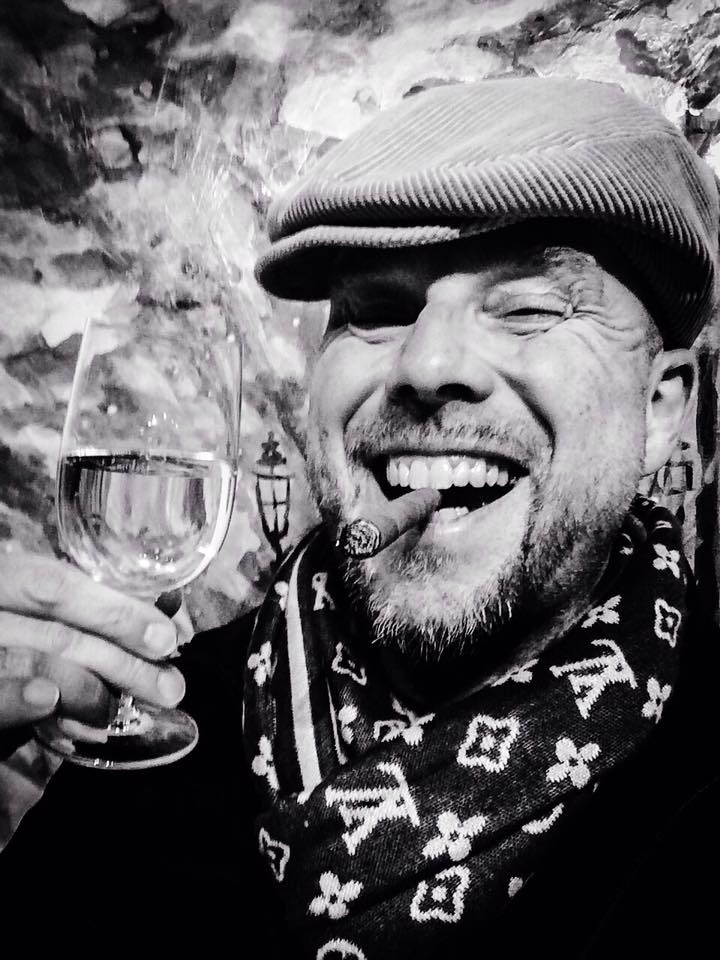